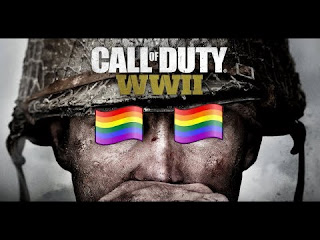 I fake up with Today 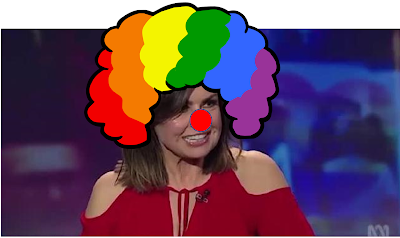 I thought the current attitude in the world was for women to be paid the same amount as men especially if they do the same job. It appears that Lisa Wilkinson has not only bucked that trend but proven why the “gender pay gap’ is nothing but a load of 3 rd wave feminist rubbish. This week Lisa Wilkinson, complaining about her seemingly small 1.8 million dollar pay packet, compared to ‘ Today ’ show Co-host Karl Stefanovic’s  2 million,  she left Chanel 9. Many have attributed her actions to ‘standing up for gender equality ’ ( and there’s the fucking word again) but what seemed to escape many media outlets is that she wasn’t after the same amount as Stefanovic for essentially less work, but she was actually after more money, a cosy 2.3 million. Despite this, she has essentially leased herself out to a lot more offers, such as her employment as Editor at large by the Huffington Post, and appearing in commercials for vitamin supplements. Her contributions on the Huffington post re
Post a Comment
Read more

What a weird world we live in. Fifty years ago the word ‘gay’ just meant someone who was happy and carefree. Now we cant even say it for fear of offence. Now to describe someone’s sexuality we have to delve into the apologist and exclusive world of identity politics with this linguistic mess; LGBTIQ+. Endless amount of people in social media pushing the bonds of normality to include asking someone how they identify when we first meet them so we don’t possibly mis-gender them (based on how they feel at any given time) and possibly offend them (who cares). We have a new trend of advocating for protection of a super minority. Not only  do we have government programs instilled to protect not-hetero kids in school, but also a bi-partisan push for new ‘rights’ allowing these people to be permitted to be married in a church. But one thing that has always puzzled me is, why is it that realistically people were allowed to be ‘non hetero’ without complaining about 10 years ago, and no
Post a Comment
Read more

Parents are without a doubt an important part of all our lives. For all but a select few, becoming a parent is the happiest day of their lives. Whether its the day they discover that a mother is pregnant or the day the child is born, the highly elating experience is an important one which needs to be celebrated. It is also, in my opinion, important to independently recognise the efforts and contributions of mothers and fathers and the roles they play in the upbringing of future generations. The father’s traditional role of financing the household and defence of the family and the mothers role of physical care and nurturing of children are indeed not mutually exclusive from one another, however they are instinctive and natural. These are also occasions that seek to also recognise any parent-like figure in a persons life, such as guardians, step-fathers or even grandfathers, or even stop to remember such societal figures that have since passed on. There are however those who se
Post a Comment
Read more
August 28, 2017 Branding Brandis Yet again the Australian Parliament has proven how much a circus it is. Trained Lions on the right, Clowns on the Left and the ring leader with George Brandis. Today during Question Time in the Senate Chamber Queensland One Nation Senator Pauline Hanson entered the chamber wearing a full body Burqa to the utter disbelief of the sitting members of both sides. Audible mumblings of “oh what the hell” can be heard ringing through the chamber. Although incredibly confusing, context was drawn to the event when Sen. Hanson removed the controversial article of clothing  and probed the sitting members with a question regarding the possibility of pushing a ban on the Burqa in Australia as, as having just previously demonstrated, it not only feels misplaced in Australian society but conceals the occupant to the degree of unrecognizability where it becomes dangerous to society. Her question to the floor, more specifically President of the senate and Federal Attorney-General
1 comment
Read more